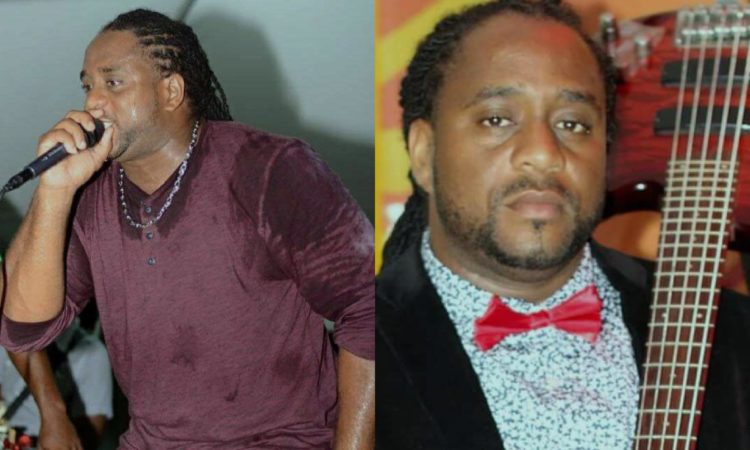 My name is Kelvin Otis Celestine and when I think about my up bringing the first two words that come to mind are music and church. I grew up in the small village – just a road really, not paved – covered with chip stone:- of LaTante, St. Davids. Raised by a strict single parent, it was just the three of us in the house; me, my older brother Che and my mother. But it never felt like that, everyone on the street had an open door, ‘look out for one another’ policy. I was forever in the neighbour house, yard, underneath their fruit trees, playing bow-bow, hide and seek, police and prisoner, cricket and football in the road. But that was not all, it was also everyone being each other’s spiritual compass. Every Sunday the person furthest down the road would get dressed and as they passed the houses on the way to church would call out “neighbour you ent going to church today?” Church…Hmmm. That was the first place I found music. I remember being with my mother in the choir from I was about five years old running around in Pomme Rose R. C. Church with people like Trisha M. Tr. Nicky was jamming on the bass guitar, the tambourines were ringing and I fell in love with rhythm. By the time I was 6 – 7, I was participating in the St. Joseph’s RC school calypso competition and then the National Children’s carnival frolic Junior competition with the likes of @Lil Natty, under the tutelage of Tr. Eddie, a veteran in the calypso arena, Elvis Morain and Garfield Hankey, who discovered I had a ‘voice’ and a natural knack for learning songs quickly.

Later I would continue my musical journey with the St. David’s Folk company headed by Tr. Tessa and finally leading me to where I am as former Soca Monarch and Road March King (Toronado, 2010) which was a dream come true. Since then I have been a regular contributor to the power, groovy and calypso scene and lead singer of the jam band Front Page. For me, music is an expression of my best self that I am blessed to get to share with the world. I can’t imagine a world without being able to engage with music.

On the day to day – I am a plumber, employed with the National Water & Sewage authority and a father to a handsome little boy. He is my WHY, why I keep on going when failures come my way and striving to be a better person. After I won the Soca Monarch title in 2010, the following year was not a good year, my music just was not where I wanted it to be and I failed to regain the crown and in 2012, only making it as a standby. That was a hard fall from grace but it taught me many lessons. I learned that sometimes you need to look at the world upside down to see the world right side up and that no matter what challenges life throws at you, you should never give up if this is your passion. Fast forward to this year 2017, I feel was a breakthrough year for me, the single ‘Ah Safe’ written by my friend Teddy Rhymes spoke to me on such a deep level that I got gooseflesh when I first listened to it. I felt it truly captured the essence of me as a person, my upbringing and by extension a true reflection of our paradise – Grenada. It also made me remember my WHY by taking me back to where it all began in the dirt streets of La Tante and to the friends, family, church and community that nurtured me and refueled the fire in me to make them proud with my music.

Speaking of upbringing, I really had some awesome days. I went to GBSS and I remember days of participating in everything the school had to offer; cricket, choir, choral speaking – name it I was there. Those days of watching the High School girls play netball in Tanteen after school, then walking over the carenage making noise and skipping stones on the water, to dodging the many ‘girl friends’ in the market, boy those days was fun.

Church was also a big part of my life, I was in the choir, Sunday school group, Youth group, prayer group, a frequent reader, acolyte, St. Vincent d Paul. I learned some awesome life lessons through these things.

I remember one day we were coming down the Back Road from Sunday school, a bunch of us but I was teasing my friend @Trisha M. She kept saying ‘Otis leave me alone” but I was not bothering with her. Then I went too far, we were just a few steps away from her house when I said something about her mother. I swear I did not see when she picked up the stone, all I knew was that I was trying to get it away from her and in the process the stone buss meh head. I remember there was blood everywhere, Trisha crying and her father coming out the road to take me to the clinic. Her Dad dropped me home and later he brought her by to apologize and I know she got a good cutass too! (LOL). But the lesson here is never push people to their limit and never say nothing bad about a Grenadian’s mother! (lol).

Something that people do not know about me is that I was named after the American singer Otis Redding. My mother loved his singing! Though I may look unapproachable at times, I am one of the coolest, most easy going persons you would ever meet. Always down for a laugh and a lime – so say Hi next time we meet. If I had some advice to give to my younger self or to my son – I’d say; know that there is no other person like you. You are unique and beautiful and there will never be another YOU – use that knowledge to challenge yourself to reach your fullest potential. The sky really is the limit and it’s better to try and fail than to fail to try. Don’t EVER let anyone tell you, you can’t do something. Life is full of challenges but with GOD by your side there is NOTHING you can’t accomplish.