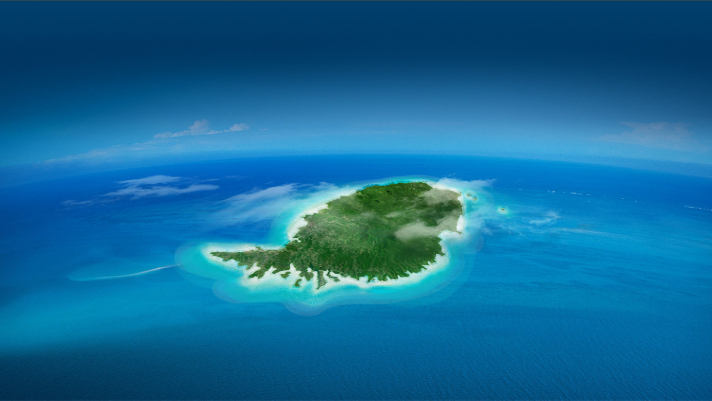 I am of the deep conviction that we in Grenada, by virtue of our small population, have an opportunity (a comparative advantage, if you will) to engage in the liberation of our populace that will typically pose a bigger challenge to many other nation-states, but one that is very practical and necessary for the said effect.

In the midst of our relative poverty as a nation, one whose population for generations has been taken advantage of and continues to be vulnerable to capitalist/imperialist power centers and their forces, we collectively can provide real security for each other by realizing that with workers and the general citizenry owning a greater stake in the land they ought to be rooted in through direct ownership of land and home as a social investment (no different from the right to an education), we will be able to affirm our humanity in a healthy manner, bringing about a more harmonious and stable society.

I have explored what the cost of such a project could be for the government as a line item in the national budget: some $100,000,000 annually for the first twenty years of the project, which is estimated to produce 20,000 houses, at a general cost of two billion dollars (E.C). The ideal volume of houses, I estimate, could be closer to 35,000 over that same period, but that will mean that the twenty-year gross cost will be greater than the projected two billion. Of course, a thorough survey of the housing needs will provide a more precise number of units needed.

The revenue streams projected to be used are the current citizenship by investment programme which is already raising hundreds of millions, as well as the anticipated revenue from the production of oil and natural gas. Another viable revenue stream would be that of tax revenues from the tourism sector, with the curtailing of the extended tax holidays currently afforded to prominent constituents of that industry (20 plus years being the norm).

Why isn’t this proposal a popular idea at present, you may ask? It is because we are not wired to engage in that way of thinking, of viewing ourselves and thus responding to the given market realities and competitive mode of relating to one another than we already do — struggle for our own, individually. The kind of protection that I am espousing can only be realized on the basis of a shared or collective effect or experience, one that obviously curbs competition for a most basic element of social life, a home. It means workers of our humble nation-state will be working to live purposefully, with the greatest hope for self-actualization, in all sense of the term. They would have been given a floor to stand on and a roof over their heads, figuratively and literally.

Indeed, such a project would serve as the biggest and most comprehensive development to our human resources and our living habitat. It will spur growth internally and externally for our people. For one, it has the capacity to create 100 % employment in the country and boost the spending power of citizens in a manner we have never witnessed. This could very well be our most immediate engine for growth, socially, economically, and psychologically, should we act on it with great intentionality, to realize its impact on all aspects of our lives as individuals and nation.

These are the proposed conditions to be awarded a house, which will cost approximately $100,000 per three-bedroom unit:

1. Candidates will have to be either older than 24 years of age or have been employed for the greater portion of seven years, and is currently employed during the period of application (which should not exceed three months for approval or disapproval); or will have to reapply at a later date when personal conditions have changed to be considered an eligible candidate.

2. All eligible applicants will have to demonstrate continued residency for seven years over a ten-year period prior to applying or be a Grenadian national residing in the diaspora who has attained a bachelor’s degree or higher and seeking to return on a permanent basis.

4. Awarded candidates are the rightful owner(s) of the house, which cannot be sold or rented to gain a profit within a thirty-year period, and the selling price, after the thirty years has expired, cannot exceed the median income of the selling year.

To keep things interesting, architects will submit designs of an array of floor plans to the Housing Development Department in a competition for the best aesthetically-pleasing and ecologically-friendly designed homes for our landscapes. In the end, twenty-five designs will be selected for construction in a five-year period, with new designs being submitted every five-year cycle for consideration.

Two hundred and fifty houses every three months is the rate of construction, with of course both domestic and imported labor.

There will be an estimated twenty-five to thirty construction companies spread-out over the tri-island state with eight to ten houses apiece, to construct the two hundred and fifty houses each quarter year combined.

I am ready to witness such a comprehensive and protective approach to national development. It is doable and it worth every cent that will be invested: for our physical health and our general well-being as human beings with creative energies to propel our existence on a level that will sustain economic and social growth for many generations to come. It is the kind of reparative justice we can give to ourselves as citizens of a beautiful country.