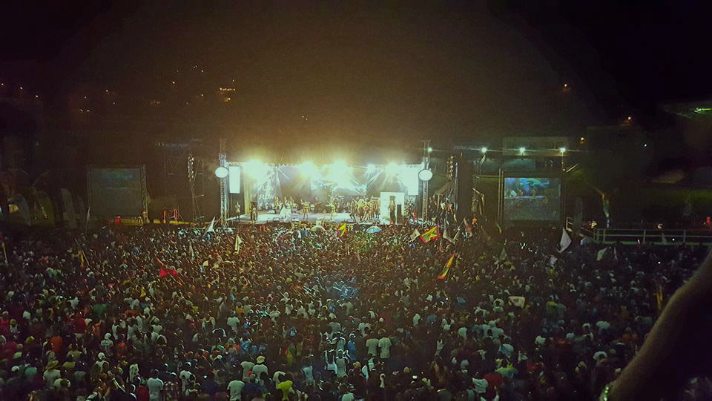 Ok, this one may be controversial but after a conversation, I had today I just had to make this list because at the end of the day, Jab doh care. Here are 5 things that may not be Grenadian but we’re claiming.

1- Soca- A while ago I was having a conversation with a friend from Jamaica, we started talking about music, and she asked me what music Grenada was known for? Soca, I responded, then she was like, Nope, Soca is a Trini thing. I was like, girl please, have you ever listened to Grenadian soca. I then loaded up youtube and send on some Grenadian soca her way. When she was finished she had to crown us Soca Country. So yes, I don’t care if Soca is a Trini thing, we’re claiming it.

2- Pelau- I have been eating Pelau since I was a baby in pampers. However, I did a google search only to find that pelau originated in Trinidad. Well I don’t know how this works, but we are claiming Pelau

3- Sheldon Scott- Sheldon is me good palocks, and if he see this he will cuss me off. However, I heard some people saying that he is a Trini, well again, Sorry Trinidad, again, we are claiming him.

4- Pan- Last carnival we didn’t have panorama and that caused a massive uproar in Grenada, that’s because of the deep love we have for the pan. For that reason alone we are claiming pan. However, I do believe more can be done to promote it, and I am looking forward to seeing what’s going on with Panorama 2018.

5- The Mighty Sparrow- So, in reality, Sparrow is Grenadian because he was born in Grenada; nevertheless, he is widely regarded as a Trinidadian calypsonian and the calypso king of the world. He has won Trinidad’s Carnival Road March competition eight times, Calypso King/Monarch eight times, and has twice won the Calypso King of King’s title. So guess what Trinidad, we are claiming him to