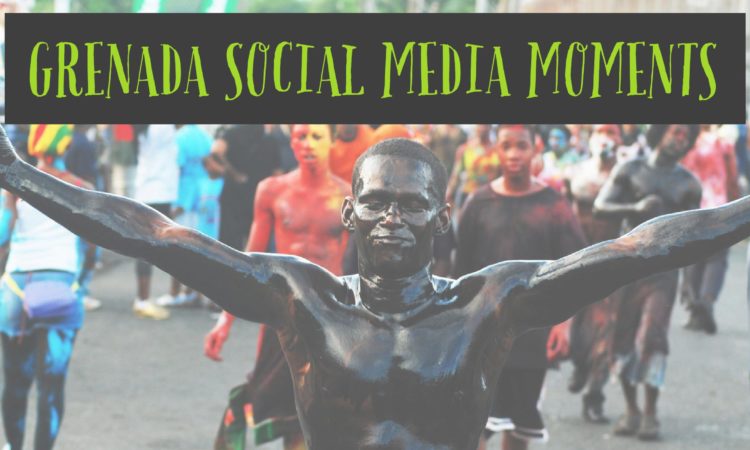 Nevermind that, this year’s celebration of Spicemas was EPIC with lots of great music some from virtual newcomers and very strong contenders for all four crowns up for grabs:- Calypso Monarch, Groovy Monarch, Power Monarch and Road March. This year’s Monday Night mas and J’ouvert was also MASSIVE: Photos here:

This year’s competition was nothing short of epic and the build up even more so with everyone making a list of their top 5 and staking a claim on behalf of their parish. Virgin Parish, St. Davids with Wuss ways vs Crown city with Luni Sparks & Electrify or the reigning King Boyzie and not forgetting Uncle who let everyone know that he was still relevant. The dark horse was carded as newcomer and 2016 groovy monarch King Dash. When the dust settled (literally! First time I feel the stadium shake so…woyee was real MAS!), King Boyzie had successfully defended his crown, taking it back to Crown city and making him the first person to win 4 Soca Monarch crowns and earning him the title of Cultural Ambassador.

What started as a family matter between this blogger’s Grenadian fiance and his ex which then became an all out social brawl which encompassed the whole of Grenada as well as Grenadians in the diaspora vs the bajan blogger based on several inflammatory comments made on either side of the discussion. Take a look and judge for yourself.

Well, this one was comess yes and pan lovers was well vex and they were not afraid to express it on social media. The jury is still out on the reasons why but for 2017 there was No Panorama. Pan players and fans were greeted with the sight of a half finished stage on the night of Panorama. The backlash was swift, even from those who had never attended panorama a day in their life. The blame started with calls for the resignation of the CEO of the Spicemas corporation, the Minister of Culture and the Pan Association, with others swooping in to make it a political issue. Other sources say this was @boyzie fault because he promised Grenadians would do something with the stage so they were afraid to build it (Lawd…LOL!!)

Well, election fever is officially in the air. Election is constitutionally due in 6 months and both main political parties are getting ready. Supporters on each side of the fence have already started taking cheap jabs at each other, sigh…We need to do better but….see for yourself. Be in the know before you put your X.

Yeahhhhhhhh, watch the video for yourself below, Leron to the world!

Virgin parish St Davids, though the only parish without a town, definitely showed they had no shortage of talent and cultural organization this year, capturing road march (Video: Top Striker – Wuss ways), queen show (Tamyer Munroe http://www.spicemasgrenada.com/queenshow/2017/miss-st-david/index.shtml), Calyso Monarch (Rootsman Kelly), second in soca monarch (Top Striker – Wuss ways), junior calypso monarch, all while hosting their own parish Soca Monarch (winners Blaze & Mr. Walkie with two of the most played songs for the season) and not forgetting the grand finale – St. David’s Tuesday morning j’ouvert, the largest jouvert outside of St. George’s. We’re keeping our eye on the virgin parish for 2018!

8- Sobeez on Ridealong live from Grenada

The popular Social Media show Ride Along with Junior George stopped off in Grenada for Carnival and one of the guest was the boss himself Sobeez. Catch the ride along episode below, it was EPIC! Sobeez also made a guest appearance as the ‘horner man’ in the groovy monarch presentation by second place finisher Blaka Dan in his rendition of ‘Last horn’.

From Spicemas to academics – CXC results are out and though there were mixed emotions, students did pretty well this year.

It’s the big one, a cabinet reshuffle to end of the month of August. On Wednesday August 30th the Prime Minister announced in an address to the nation that culture Minister Brenda Hood will join Roland Bhola and Elvin Nimrod who have both retired from parliament. She will however, continue to serve as adviser to Tourism Minister, Clarice Modeste-Curwen. PM Mitchell will now assume responsibility for the Ministry of Religious Affairs. Newcomer Kate Lewis who is caretaker, St. Andrews North-east, has been appointed as new Parliamentary Secretary in the Ministry of Education. Simon Steill will assume the role of Education Minister, while Anthony Boatswain will head the Ministry of Sports. Oliver Joseph will head the Labor Ministry and Kindra Mathurine-Stewart will assume the role of adviser to the Minister of Carriacou & Petite Martinique Affairs.

See the live address below