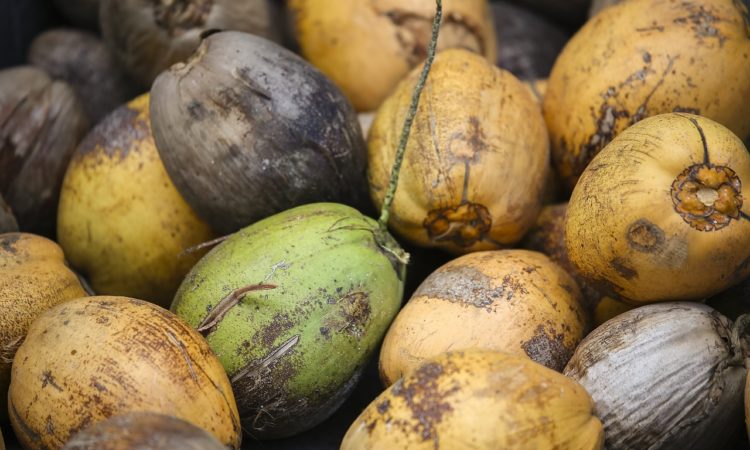 So the big thing in Grenada now is every body is mad that a guy got 8 months in Jail for stealing.
Yes, he is a vagrant, yes, he was recently in jail. But what does that have to do with anything? Everyone is mad at Dr. Hinds, because Dr. Hinds called the police for the guy who stole his coconut. The case was brought before the magistrate and she found it fitting to send the guy to Richmond Hill prison for 8 months. 8 months for 4 coconuts, I guess 2 months per coconut. But really, what is the problem?

Why is everyone mad? Some people are comparing this situation to another case where this guy sexually assaulted an infant and is out on $10,000 bail. Frankly, I believe this guy should be thrown in jail indefinitely or have his penis removed or something. However, I believe that by comparing the two incidents, we are making a huge mistake and it shows our ignorance. The alleged pedophile and the coconut thief are both guilty however they both warrant separate judgement. So everyone on Facebook acting a fool need to take it down a notch. The pedophile, is out on bail, yes, and again If I was the administer of justice in Grenada, that will never happen. But I guess that’s why I am not. Important to note is the pedophile is not a free man, he is on bail and soon, I am confident he will be charged, or I will be leading the resistance against the system.

A couple months ago, Minister Bhola was criticized for allegedly “Planassing” a guy he found stealing in his land. Simply because he is a minister. So Grenadians, are we saying that its OK to go into people land and steal. Why are we glorifying these thieves? I think its ludicrous. Farmers and other have a really hard time with Larceny and its about time the law step up and make an example of some of these guys. OK I will admit, it was funny when the news reporter stated that Dr. Hinds went to court and got back his coconuts, that was hilarious. But there is a fundamentally bigger issue here. Let’s stop acting as though stealing is not a crime, it is a crime and you do the crime, you better be prepared to do the time.