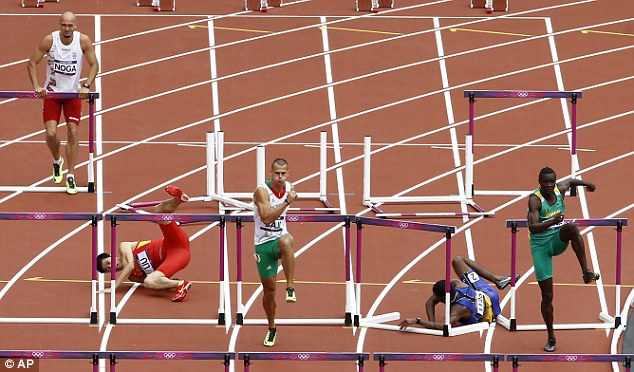 Recently, the Intercol Games’ director informed the public that this year’s competition, the 2016 edition, will see the addition of five new events. On the surface, his announcement may seem brilliant, but with greater scrutiny, many flaws become apparent. Admittedly, consideration for the new inclusions started about two years ago. However, with less than a month before our island’s premiere secondary schools athletic sport meet, do you think the formal announcement and subsequent implementation are imperative for this year’s Games? Though the need for these additional activities has become necessary for our junior athletes to be more competitive at the CARIFTA Games, are the timing and implementation strategy the best methods that could have been employed? Consequently, from my assessment, I believe that your intentions may be good, but your methods are greatly flawed.

Personally, I am doubtful you fully considered some major factors before making this decision. Take the hurdles event for instance. Has the Grenada Secondary Schools Games Association (GSSGA) thought about the lack of time given to schools to adequately prepare for such a highly technical race? Have they considered whether or not secondary schools have the necessary, trained personnel to coach the event? Have they deliberated on the unavailability of hurdling equipment and the expense related to acquiring them? Most importantly, have they considered the possibility of a life changing injury that can be caused to an athlete wanting to compete without being properly groomed for the hurdles? Are they willing to risk unearthing a potential world beater because of the lack of foresight? Also, because the event is open, many ill-prepared athletes and schools may willingly fill spots to maximize their opportunity to score points in a quest for the championship without contemplating the possible hazards. Conversely, the turnout may be quite scant because schools may not feel comfortable sending athletes that aren’t ready thereby giving schools that are willing to absorb the potential risks or fortunately have athletes who were exposed to the new events beforehand a leg up on the competition. Consequently, because it appears that thorough consideration was not made about the timing of the implementation of the new events, I believe your intentions are good, but your methods are greatly flawed.

After consulting with Dr. Stacia Miller, a former athletics coach at a prominent Texas high school and a current professor in the Kinesiology department at the Midwestern State University in Texas, I am fully convinced that this method of implementation is extremely faulty. In an interview with Dr. Miller, she states, “. . .  many factors [are] to [considered] when implementing such new events.” Therefore, it begs the question, have the Games’ administrators truly researched the pros and cons for a rushed implementation? The intention to make more events available to our junior athletes as a means of harnessing their talent is greatly commendable, but a more sustainable and well-thought out plan should have been implemented. Are we going to put our athletes at risk because of the excitement of hosting the 2016 CARIFTA Games, which maybe have triggered such a hasty decision, or are we thinking of developing long-term programs that can truly showcase the talents of the best athletes and not just of those whose coaches have the necessary relations to acquire equipment at short notice for these events? As suggested by Dr. Miller, such programs or events should be added with NO less than a year’s notice and preparation. Hence, it is obvious that your intentions are good, but your methods are greatly flawed.

As a means of trying to prevent future rash decisions from being made, I have a few humble suggestions. Firstly, events that are less traditional and require much more technical training should be implemented with ample notice, preferably a minimum of one year’s time. Secondly, to me it seems counterproductive to have an event at a mainstream sporting activity that does not accommodate a broader base of schools. Therefore, to ensure uniformity in preparation and technique, a qualified coach or coaches should be on rotation throughout each school to oversee what is being taught to the new athletes of these events. Thirdly, the ministry should ensure that each school has adequate time to procure equipment needed to properly coach the events. Lastly, I would urge all principals to give greater consideration, even if it means withholding votes to do personal research, for such matters or those of a similar nature and not merely consent for the lack of knowledge when proposals are presented. Moreover, provided that the powers that be consider changes to their approach when introducing new events, your intentions would be good and your methods would be flawless.