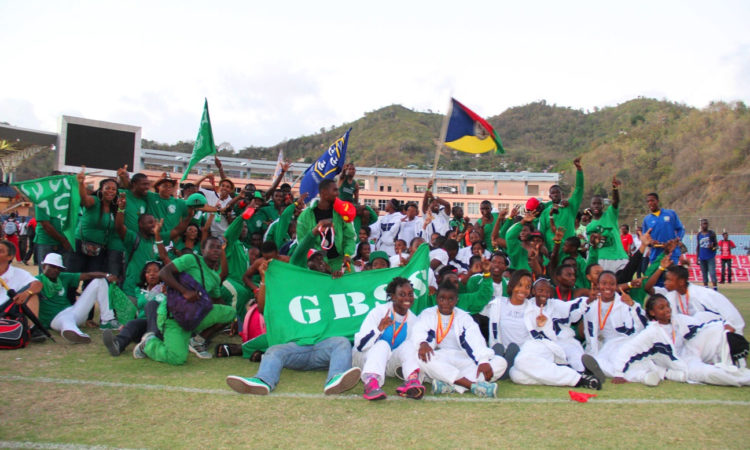 With another Inter-Secondary Schools Athletics Championship just around the corner, I believe the Games’ recently revised points system needs to be addressed. Firstly, please know that my intention is not to rally support for any particular school but to see a more competitive and exciting competition going forward. Personally, I am confused why the higher-ups enforced the change of the points system, which appeared to work perfectly fine for many years, to a logically and statistically flawed method in my opinion. Therefore, to the organizers of the Intercol Games, why was the old points system discarded? Were extensive research and consultation done before the most recent scoring system took effect? Honestly, I humbly believe the scoring system needs to be evaluated then overhauled if the integrity and competitiveness of the games are to continue or in this case be reignited.

Firstly, for individual events from 1st to 8th, the points distribution are as follows 12, 8, 6, 5, 4, 3, 2, and 1 while for team events they are 16, 12, 8, 6, 4, 3, 2, and 1. Don’t you see any problems with the possible mathematical combinations that can cancel out the efforts of the best athlete? Therefore it begs the question, was your decision simply guesswork? For individual events, placing 2nd & 3rd and 2nd & 4th are more valuable than actually winning while placing 2nd & 5th equates to a 1st place finish. Therefore, Mr.Organizer, don’t you see the cultivation of an unintended form of partiality? Simple probability says that an increased number of tries increases ones odds; therefore, schools with greater population sizes have an obvious advantage. It is highly improbable that schools with small populations would have the volume of talent needed to effectively compete against schools with more superior numbers. Also, considering that coed schools split into their different genders to participate, the odds are generally more greatly stacked against them. Consequently, expect predictable winners and no more Cinderella stories if the points system remains.

Mr.Organizer, did you consider the potentially negative mental effects the new system can have? Because the scoring system has changed, larger scores with greater numerical differences between positions are being recorded. Typically, the average athlete and spectator don’t strategize but look strictly at the raw data, and huge score differences demotivate. Although you might say a loss is a loss regardless the number one loses by, being blown out generally serves as a mental barrier for losing teams and suck the competitive fight out of opponents. Therefore, having smaller points gaps could give a school’s athletes the urge to attempt to surpass the school that is ahead. Conversely, when teams at the rear and their supporters hear the large differences in scores over the PA system, they often become demoralized and may even wave the white flag while their followers have less incentive to will them on. Therefore, it is likely that schools with no realistic chance of winning would just go through the motions. Hence, don’t you see how the competitiveness of the games will continue to decline? Consequently, with your obvious lack of consideration for the mental effects on the athletes, expect no more Cinderella stories.

Personally, I believe that excellence should be rewarded. Here is a little test, without using Google, can you please name who finished 4th through 8th in the 100m male final at the 2012 Beijing Summer Olympics? I definitely can’t remember either. On the international and regional stages i.e. World Championships, Olympics, and CARIFTA Games where athletes spend in some cases many years preparing for the said meets, after their event is done, positions 4 through 8 are merely recognized by the broadcasters when their names appear on the television screen. Instead, positions 1 through 3 are celebrated on the podium. Therefore, our young athletes should be striving to make the podium not just the top 8. Also, when an overall champion is named at regional and internationally recognized games, the tally comes from the medals count not the finalists count. Thus, shouldn’t we model our local competitions after the height of the sport? Moreover, if it is absolutely necessary to enforce the change, please consider merging the current and most recently used points systems. Thus, a standard point can be given to each athlete who makes a final then position points to the top four athletes. In that way, we reward their effort, but at the same time, we encourage them to try harder to be considered among the elite.

Consequently, because of the current scoring format, smaller participating schools are merely there to fulfill their schools’ calendars, utilize foreign facilities, and make up numbers while the competitiveness of the Games diminishes. Additionally, as a former secondary school teacher, I know the expense associated with preparing and traveling with an Intercol team. Therefore, for the schools with no realistic chance of winning, do you think it is fair to them and the caring parents to continue financing a venture that will produce little to no dividends? Hence, I humbly suggest that you revamp the scoring system to make the chance of victory more equitable to all participants. If not, your intention to motivate will have a contrary result by worsening the athletic competition, having predictable victors, and worse yet, removing the gloss from the Games that many anxiously await every year. However, if you don’t see the need to make the necessary amendments, just expect no more Cinderella stories.

In conclusion, while change can be rewarding, it must not be made at the expense of common sense. As the old people say, “you don’t cut off your nose to spite your face”. Intercol has been an institution in Grenada for many years. It has produced many notable athletes for us on the national, regional, and international stage. Therefore, I humbly suggest that you do not make changes that would make it more unlikely for us as a nation to continue producing extraordinary athletes for our beloved island. In addition, contrary to what many may believe, my intention is not to trivialize the other important factors and intangibles such as effective coaching, an established, well-run training program, natural athletic ability, a suitable diet, proper equipment, and a fierce determination to be the best that will improve a school’s chance of winning. However, as it stands, your intention to change the system as a means to encourage should be reevaluated to best maximize our athletes’ potential. Hopefully, before Intercol 2016 rolls around, you will mull over your decision and make the necessary amendments to level the playing field for each school. In the meantime, if you don’t see the need to make the much needed change, expect the status quo of the most recent past to continue and no more Cinderella stories.