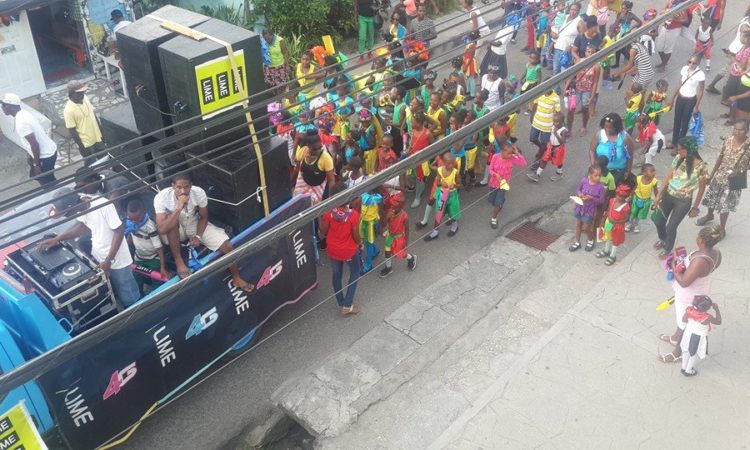 Carriacou carnival has come and gone, I wasn’t there but I understand it was epic. I saw photos on Facebook and got stories from some of the participants, and boyyy I was mad I was not able to attend.
However, during the carnival celebrations I saw a bunch of issues being discussed, which was aired on one of the most common Social Medias, Facebook, and I decided I had to say something about it.

The main issue was the prize money for Soca Monarch Vs Groovy Monarch. I noticed artiste like Shortpree being really vocal and also the chairperson of the Carnival Committee Ms. Princess John stating her case.

There were 17 artistes taking part in the Soca Monarch finals. If you placed between positions 12th to 17th, you received an appearance fee or stipend of $500. In the Groovy Monarch competition there were 10 artistes performing and if you placed 9th -10th you received $700. Note well that placing 8th -11th in Soca Monarch you received $900. I saw Shortpree made a statement on a post that Princess made on Facebook stating “Pure Shittttt!!!! Las minute u planned crap. A groovy artiste getting more money than some in Soca monarch finals that make sense”

I thought this to be rather strange as I was wondered if the Soca Monarch artist were a more important part of Carnival than the Groovy Monarch artiste. I saw people calling for a boycott, and all I could think was shut the hell up, just shut up. You are arguing that if you place last, as in dead last you should get more money. Besides why were the artists so mad about the last place prize money? Are they going to perform to place last? In a world where I am the ultimate boss of carnival, last place wasn’t getting any kind of money. Ok, yes I know that doesn’t make sense and people may not want to perform and they need to make back something from what they spent, but hey, I guess that’s why I am not and will never be the ultimate boss of carnival.

Nevertheless, Carriacou carnival was a success, from the information I received and I am happy the committee was able to do a very good job. On to bigger and better things in 2017. Up next spice mas 2017, washie you knowww!!