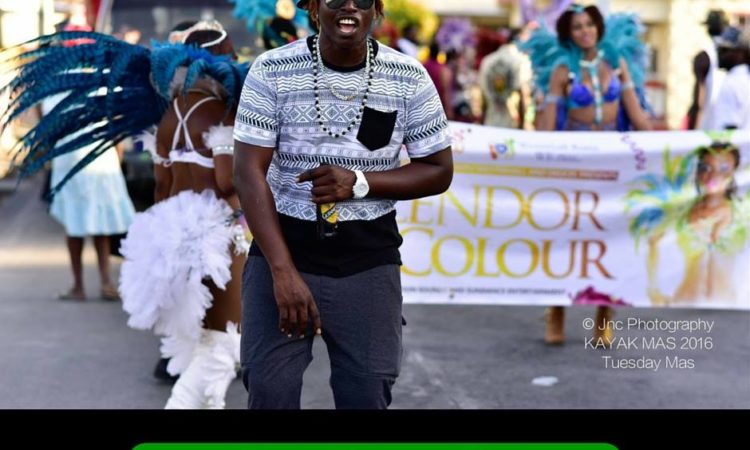 I am Brian Wilson Shane Sylvester a young Grenadian with a passion for music and entertainment. I currently, use the stage name Shane Wilson aka Taxi Boi. I am 22 years old, I have been a recording soca artist and drummer for the past 10 years. My fascination with music began at the tender age of 5yrs, when I began watching videos of Machel Montano, Tallpree, Fila Benz and Beenie Man performing on stage. I soon began freestyling and singing at concerts at my primary school. I recorded and released my first calypso at the tender age of 12 and entered Junior Calypso Monarch that same year, becoming an instant child star on the island of Carriacou. In the preceding years, I continued to release popular soca songs on local radio.

I stepped up from Junior Monarch competitions and entered the Senior Groovy Monarch Competition at Kayakmas 2015 for the first time with a song called “Ball Of A Time”. I rendered a stellar performance which caught the attention of the judges and many soca fanatics; the song became my first single to get radio play on mainland Grenada. I then moved to Grenada, and entered competitions at Spicemas 2015. It was a great learning experience, I developed some great relationships.

Over the course of my musical journey, I have been privileged to perform on the same stages with the biggest names in local soca as well as regional acts like Bunji Garlin, Romain Virgo, Olatunji, Hypa 4000, Farmer Nappy to name a few. The more time I spent around these artists, the more I learnt the ins and outs of the entertainment industry and my confidence and self-belief blossomed, while remaining very humble. I believe in the team approach toward achieving success, no man is an island; every day is a chance to learn something new and to improve.

In an attempt to break into the international market, I changed my stage name from Taxi Boi to Shane Wilson in 2016, I also released five songs including the local hit single “Not Enough”, which captured 1st place at Groovy Monarch Semi Finals and 3rd place at Groovy Monarch Finals at Kayakmas 2016. With Spicemas on the horizon, I have already released 2 songs, including a collab called “Wah You Know Bout Jab”. All of my 2016 releases dominated radio and fetes at Kayakmas 2016, the songs have crossed over into Grenada and are getting heavy rotation within the Caribbean Diasporas in the USA, Canada and the UK.

I dream of providing avenues and platforms for artists, DJs and producers to elevate themselves. I have already founded a song writing and promotion company with a business partner called Dallah Entertainment. Dallah Entertainment successfully promoted an official season launch and appreciation fete for fans, additionally, we co-wrote and released no less than15 songs and produced one music video within the last year. Agreements are now in place to write songs for other artists locally and regionally.

While I am still young, and I have a lot to learn to master my craft, I am undoubtedly emerging as one of the biggest forces in the Grenadian/Caribbean music industry. I Am Wilson Sylvester, I am Shane Wilson aka Taxi Boi and #IamGrenadian