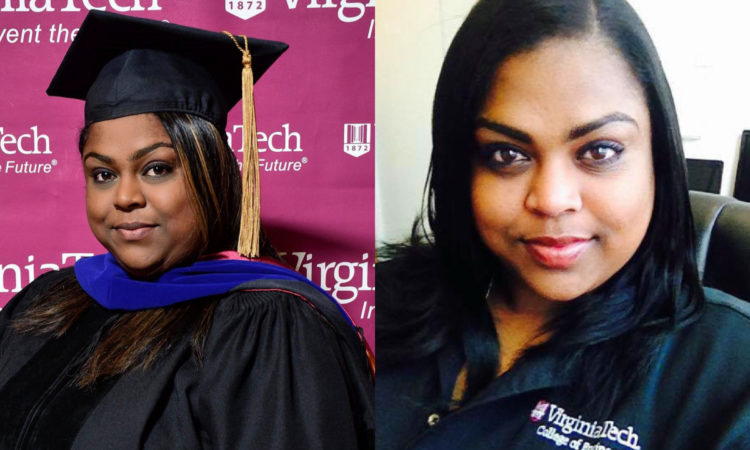 I am no one special. I was born in the small village of Mt Carmel (later moved to Marquis) in St Andrews, the third of four children. I attended a so-called “bush” school for pre-primary and primary education – Holy Cross R. C School in Munich St. Andrews – where my mother taught. By all accounts, my childhood was not much different from my classmates. I walked home from school with a group of children almost every day, raiding people’s fruit trees along the way. We climbed trees and played cricket in the road. I was teased, like everyone else. I shared my lunch with schoolmates who didn’t have any. I knew of children who couldn’t come to school because they didn’t have food or money or who had to help their parents work to put food on the table. While I was lucky enough that my parents were able to ensure I was fed and clothed, I was surrounded by such real-life struggle that I could never feel elevated above others.

I was about eight, but I remember my mother saying to people about me “she could hear a song once, and sing it almost exactly afterward”. That used to make me feel good like I would one day be Whitney Houston. I didn’t understand that what she was acknowledging was my unique memory. At the time, good memory or being “bright” wasn’t something I thought much of, mainly because I thought the bright children came from “town.” After all, when I was sent to represent my school at any inter-school competitions, I was teased and underestimated by children from the “town” schools. At the same time, however, I hated getting something wrong in tests. I would cry over losing one mark. I was a perfectionist with a natural curiosity, I guess. I liked learning new things, and it never seemed too hard to remember or figure things out.

Despite being one of the top 15 students in the Common Entrance Exams during my year, again when I got to the St Joseph’s Convent Grenville I was underestimated. After all, I wasn’t from any of the Grenville primary schools. Nevertheless, just as in primary school, I was always first in my class. However, as I grew older things got complicated, My group of friends was never the popular, “bright” children or those involved in all the school groups (choir, etc.). My friends were near the bottom of the class in terms of grades, and they got in trouble. In fact, our names are in the “bad book” at our school, and we got bad behavior marks from our prefects for not wearing our uniforms as instructed.

Like many girls in secondary school, rumors began to circulate about boys and me and even male teachers. None of it was true, but people treated me pretty badly for it. Then, toward the end of form 2, my best friend got pregnant and dropped out. I think that’s when I got angry with how things were and I realized why it was that way. I had been coasting along, still the top of my class but not because I worked hard. My bad reputation was because I never did anything to improve myself or serve my community. Like so many young girls, I cared about what everyone was saying about me and about popularity, not realizing that pursuing those things truly never last. People’s opinions will always change, but your character is something they can’t change.

I decided to choose who I would be. I started going to church, and I prayed regularly. I joined extra-curricular activities to be more well-rounded and started focusing more on my school work. Academics had always come easily to me, but I realized that I didn’t have to rely just on what the teachers were telling me. I remember in my first Physics class, my teacher gave us all these area equations and I wanted to know where they came from. I will always be grateful for his response, “Why don’t you tell me.” By the next class, I had figured it out! I showed it to him, and he was impressed.

From that point on, I pursued this natural curiosity. I was always reading everything and soon, so were all my friends. We would rotate books and then discuss them. By Form 4 I had somehow become a model student, being appointed as prefect and representing the school and leading several extra-curricular groups. When it came time for CXC my classmates, and I formed groups and did extra work on evenings and on Saturdays. We didn’t rely on the teachers. In that year, three of us from St Joseph’s Convent Grenville got 11 subjects, as did my brother Cornelius who went to SAASS and who used to study with us. A few others got 10 and 9 subjects. Through school being closed down for almost a whole term because of Hurricane Ivan, we somehow excelled. I believe it was because we supported each other and challenged each other.

Today, I am a professional Aerospace Engineer with Bachelors, Masters and Ph.D. degrees. I have made significant contributions to the field of Aerodynamics, and I have worked with many different companies, the US NAVY and the National Science Foundation. Over the years I have earned numerous awards for my academic performance as well as for my community service. In Grenada, some of these include being named St Joseph’s Convent Grenville Valedictorian and Student of the Year, receiving the TA Marryshow Cup and the EU Buckmire Science Award for my CXC performance, being named TAMCC’s overall best performance for my year, and receiving the 2007 Island Scholar award/scholarship.

At Virginia Tech I was fortunate to receive even more honors and awards, the most recent of which was being named as an outstanding Graduate student and asked to speak at the Fall 2017 commencement ceremony. The speech can be found here: https://youtu.be/PzpjfKE04NQ, and there is also an article featuring me here: https://vtnews.vt.edu/articles/2017/12/aerospace-phd-grad-liselle-joseph.html. All of these, I believe, are the fruit of hard work and noble intentions.

I am not a natural genius or philanthropist. I talk a lot about my early days because I believe the decisions I made back then significantly affected where I am today. When I chose to change my life and be the opposite of what everyone was saying I was, everything changed. I made a conscious decision as a teenager to be a better person, to work hard and to show people that they were wrong about me. I believe anyone can do that and be great. Don’t get me wrong; not everyone will be an Aerospace Engineer. But I believe that we all have one thing that we are great at. The key is finding that one thing and pursuing it passionately. No one is defined by where they grew up, who their family is, or where they go to school. We can all be who we want to be if we make the conscious decision to do so.

Never underestimate yourself and let others tell you who you are or how far you can go. Also, don’t feel pressured to do sciences to prove that you are “bright.” This is a problem in Grenada, and we as a country are suffering from lack of academic diversity because of it. I don’t believe there is such a thing as “bright” and “dunce.” We are all good at different things. The key is doing what you love and working hard, but always with the intent to be your best self and to serve others. You can never fail when your motives are pure. Forget about popularity or accolades, focus on helping others and being your best self – the accolades will come naturally if your intentions are pure.

From “stoning mango” to designing jet engines, my name is Liselle Joseph, and I am Grenadian.