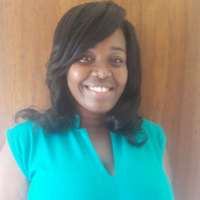 Nicole D. Alexander is an Educational Psychologist, Counselor, and Entrepreneur.

Nicole was born in the village of Pearls, St. Andrew. In 2001, she started her studies at the St. Joseph’s Convent Grenville and later enrolled in the T.A. Marryshow Community College where she attained an Associate Degree in Social Work. Ms. Alexander furthered her studies by pursuing a bachelor degree in psychology at the St. George’s University and later, a master’s degree in educational psychology at the University of the Southern Caribbean. She successfully graduated with second class and first class honors respectively.

Nicole has served on several executive boards of organizations whose aims were geared towards helping the people of Grenada. More recently, she has served as a Psychology lecturer at the T.A. Marryshow Community College where she has assisted several students through her volunteer project held under the name of her business: Alexander’s Consulting and Education Services – ACES. As a lecturer and consultant, she achieved 97% -100% passes from her students who attended primary, secondary and tertiary institutions. As a daughter of the soil, Ms. Alexander continues to serve as a volunteer in the development of programmes for vulnerable young people and their families and hopes to do more for her country in the upcoming years.