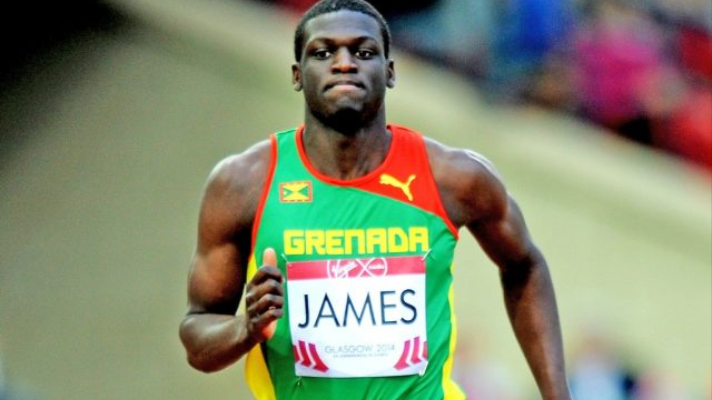 Several years ago I commented on the transformation of the Grenadian personality, as a people seek to be more assertive and dynamic in their interpersonal relations, and I attributed much of the impetus to come from the artistry of local artistes, particularly since the launching of Wilt Cambridge aka Talpree’s artistry to regional and international success at the turn of the century. The chief lesson learned from Talpree’s success with his first hit single, Ole Woman Alone, is to value your own product in its authenticity, which set in motion the major push to capitalize on what became widely known as Jab Jab music, a sub-genre of Soca, by many Grenadian artistes and others in the region for its uniqueness and infectious beats – very reminiscent of the Reggae invasion in the 1970s.

There are other dimensions to this transformation that are recognizable just the same, such as the growing competitiveness in the arena of sports, with athletes the likes of Alleyne Francique (now retired from sprints, and has taken up coaching), Kirani James and Bralon Taplin in track and field, British-born Lewis Hamilton in grand prix racing, and many more in various sporting disciplines, both individually and team events, as those household names begin to bring prominence to the tri-island state of Grenada, in ways it was not known, traditionally.

The question that arises is how this noted transformation in the people’s collective personality would seek to ensure that a certain level of maturity is also being fashioned in the process. It is quite obvious that much of that energy fueled by the transformation is being used up in the promotion of greater recreational activities, namely more and bigger partying events throughout the year, as well as sporting events. For instance, Jab-themed parties and other Soca events are held now outside the carnival season, some of which are organized by artistes and their promotion companies, denoting a level of entrepreneurial endeavor not engaged by previous generations in the entertainment industry, as is the organizing of the premier track and field event held in April annually showcasing international athletes, Grenada Invitational, directly inspired by the roaring success of Grenadian athletes on the world stage, including decathlon champs, brothers Kurt Felix and Lindon Victor.

From here we can begin to gauge closer the appeal of the intensification with activities on the entertainment front, as it confirms the growing market in the entertainment sector for a nation that is constituted predominantly by young people, over 65 percent. Apart from such mode of social organization, which such businesses represent ultimately, how else are the people being organized outside the area of competition, which is what sports captures, or even the hype that the partying events sustain for party goers?

If it must be stated in the most direct manner: The framework in which our collective personality is taking shape is worth exploring, to discern the implications being rendered in the process of such transformation. I am cognizant that the market environment is playing the biggest role as far as providing a framework to orient these activities as opposed to more cooperative-led efforts and institution building. When such happens, particularly without being highlighted for what it is, it means the people are becoming less self-conscious in their dispositions, however, their consciousness is not necessarily growing in a manner that will inform their decision making in terms of organizing the society to make it more democratic and thus equal for its citizens. Quite frankly, the Grenadian society is not undergoing any significant transformation that would indicate that the society is becoming more equal; that the masses selling their labor stand to fare better in the near future.

If anything, the social infrastructure that is critical for ensuring such, namely workers unions and government-led enterprises, is currently experiencing not the best times (to put it mildly) in the degree of importance placed by government as far as policies: all part of the structural adjustment programme sanctioned by the International Monetary Fund (IMF). Markets are emphasized not for the economic security of the populace, but the profit margins of investors, i.e. the corporations, particularly the large firms and their multinational counterparts. Therefore despite the relative growth in the personality of the Grenadian people, I am afraid that until the intent is operationalized to organize and mobilize the people for greater self-determination on a societal level, we are going to find ourselves not being able to reap much from producing the music and athletes for the regional and international markets, the same way Jamaica is currently faring as a nation. Only mere individuals would thrive in such environment. That is so because it is not geared for the upliftment of a people as such. In the end, we will not be the owners of our labor and products. That is the domain of those who structure the rules of those markets and even our economies, superlatively. We would be left to dance, sing and run! And we will be still dependent on the tourists to visit our shores. Need I say most of which is provided by foreign investments; thus, most of the profits would leave the country just the same, probably faster than the tourists arrive, and the rest to service the two billion owed in national debt. How do we intend to grow as a people? I stress the need for more vigilant and conscious leadership.