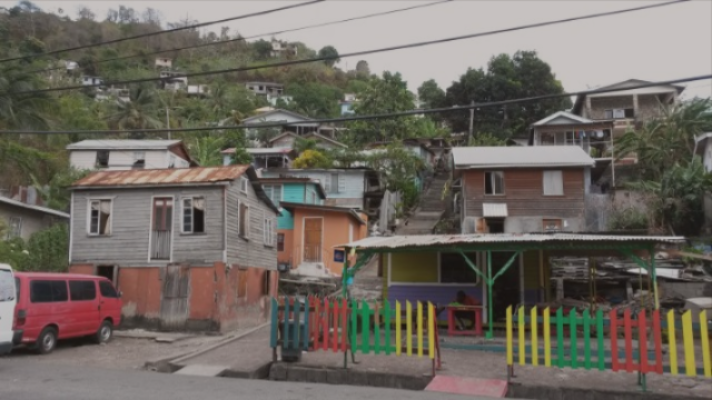 Would it be a shock to you to realize that Grenada is rampant with covetousness? I would encourage you to ponder the question in earnest, and while doing so consider the fertile ground that is Grenada for such passive aggressive disposition as it often manifests, given our colonial history and the high degree of stagnancy witnessed for most of our post-political-independence history, as it would apply to the current generations most immediately. I do not mean to be too broad stroke in my rendering of what I deem to be a very crippling condition for our nation. It is a crucial subject matter for now and all time, in gauging our social development as a people, as it is a toxic quality, indeed, and must receive careful attention at all periods.

To expound on the claim that Grenada is fertile ground for covetousness, the kind that promotes paralysis, I intend to retrace the steps that would have led to this point, in a generally manner. To begin, I must highlight the fact that we do not pay much attention to the model or mode of our educational system, at least not in a critical way. It is undeniably a huge part of the fabric of our society, in its training of individuals for the workforce primarily, one that currently provides greater access to citizens as compared to its earlier characterization(s) that did not concern itself with the education of the great majority of the population, and on purpose. A plantation-based economy that produced raw material for export did not require a broad cross-section of Grenadians to be educated beyond a primary level or at all for that matter when the vast majority of hands were needed to do manual labor in the fields. But even in that context, being able to at least acquire the capacity to read and write should one be that fortunate, was much an improvement from earlier colonial periods when persons of African descent in particular were forbidden to acquire such skills which could eventually function in their liberation from slavery.

While we no longer have such a skewed educational system in terms of granting or rather denying accessibility to individual citizens to attain an education beyond a primary level, the social reality is still one based on limitation of jobs and material benefits, in sustaining lives for the general population. Most obvious, of course, is the scarcity of jobs and well-paying jobs at that. Unemployment for youth is over 50 percent, and overall unemployment is over 40 percent, and has been that way for multiple decades. This reality produces two streams of narratives: one being the great number of students completing secondary and tertiary education without commensurate jobs to call their own in a service-based economy, and the other is not so visible; that is, a great number of students are not attaining much in terms of scholastic success with respect to Caribbean Examination Council Certificates obtained. The going statistics is that roughly 20 percent of students seating exams obtain four or more subjects through the region – a reality that has been quite persistent for many decades.

This overall picture does demonstrate an unevenness in the application of our educational system, because a system that is designed to democratize the learning environment would not produce such dismal statistic, especially for the length of time that it has. What it means is that education is defined to give credence to a competitive value system as opposed to one that promotes cooperation and collectivism. So why worry about the 80 percent that is doing mediocre or less than average work. They, too, would have their rightful place in a job market and economy that perfectly matches those results, as the general reality depicts with the high levels of unemployment and underemployment for young people in Grenada and throughout the region.

An Imani programme would be a sort of ‘neat’ or popular way to mitigate some of the angst that is produced in the standard equation, with such disproportion of youth to available and gainful employment, as it provides exposure to the world of work, albeit in a limited capacity. But there is something else in the mix that is not so easily mitigated, for it is one that is not so easily recognizable and therefore addressed, which is the trait that led us down this rabbit hole if you will: covetousness. For one, it is seldom given any serious attention outside familial or interpersonal relations. And two, we hardly pay any attention to the sustaining effects of our educational and economic system but to cite success in mere market terms; not particularly seeking to attribute the quality of social interaction to those factors and more precisely systems (for their orienting quality).

In fact, the competitive approach to education and the job market and the outcomes it produces gives rise to this passive and toxic social behavior, which serves to stifle growth for the nation at large with its negative impact on social relations and in particular collaborative efforts. It is one and the same with the crab-in-a-barrel syndrome often spoken about when describing the infighting among our people, in the face of tremendous obstacles. And in the age of rugged individualism, as promoted under the neoliberal order for the last thirty-odd years, there is even less capacity or tolerance to propone gratification (as is usually recommended to facilitate the completion of tertiary education or even secondary education) in the current period. The great distances between people across borders have been dramatically shorten with the advent of the internet and cellphone technologies; not to mention the ubiquitous appeal of television sets and American T.V. programing in particular for its indulgence in the promotion of a high degree of consumption.

On the other hand, a more social definition of education would serve us much better than the current model that is based on competition, in seeking to complement the competitive job market and economy, for the two work hand-in-hand. A social definition of education would inspire greater responsibility of all involved in that process, in ensuring that pupils are being educated to transform the current order by emphasizing the promotion of further democratization of the learning environment and its end results. By all indications, we are far from organizing ourselves in such fashion. The only period in our history when we engaged in this level of togetherness was during our brief revolutionary period some forty to thirty-six years ago.  It was this very period that greater access to education for Grenadians was granted, because it was about engendering a different socialization of our people, to realize the great benefit in bolstering a definition of education that honors the group as such and truly invested in nation building where it matters most – the social development of the people. That is the degree of responsibility and devotion to social upliftment that is required to seriously reverse the current onset of covetousness witnessed among our people.

It may or may not surprise you that the period that we experienced the most growth, economically and socially was also the revolutionary period under the People’s Revolutionary Government. Not only was the economy growing steadily during that period, up to 5.5 percent in 1982 despite a global recession, the illiteracy rate was shrunk to a marginal 11 percent, to put Grenada in the positon of ascending to one of the more educated populations in the region to this very day. Argo-industry and light manufacturing were being tailored to give further promotion to that type of education that spoke directly to nation building. The very act of converting our raw material into finished or value-added consumer goods for local, regional and international consumptions is the most practical application of a viable and essential educational product.

If we were to establish cooperatives to harness the many tons of fruits rotting on the ground, that will signify a penchant for a social definition of education. Instead, the political leaders are espousing that the private sector shall lead the way; that they have the expertise. Moreover, if we were to alter the current scholarship regime, where scholarships are granted in an almost ad hoc manner, without any particular care to social/national interest and development; meaning instead of randomly granting scholarships to individuals to study a wide array of disciplines that are hardly of consequence to the practical needs of the nation, the government targets strategic areas of study with the intent to build capacity in those areas so certain businesses and industries can be created in a cooperative manner. Such approach certainly will be more impactful for the individual and simultaneously the society. Education ought to serve a social function, not merely an economic or individual end.

Hence, it is safe to say that the current disconnect between the social needs of a nation and the individual desire to affirm his/her humanity with dignity and great purpose creates the ripe environment for all sorts of negative traits to flourish, including covetousness in a pronounced way. I am of the thinking that it is either widespread covetousness or an increase in bon-a-fide crimes on the part of the people in seeking to attain the level of material success that they deem to be warranted, to match the current value system that stipulates reliable pronouncements in the consumption of an array of material products. The covetousness can be seen as the pressure-cooker effect created by an educational and economic system that facilitate very little in the way of outlets for human intelligence and skills. Might I add, our small size in land mass and population does not help: only exacerbates the situation.  And last but not least, the inferiority complex internalized in our people from the many centuries of brutality at the hand of European colonizers is only awaiting every opportunity to wear its ugly head, for we have yet to properly address that reality constructively and pragmatically. We have not built the proper institutions to do so quite frankly, or provide our people with the social benefits that will lead to a serous healing process.