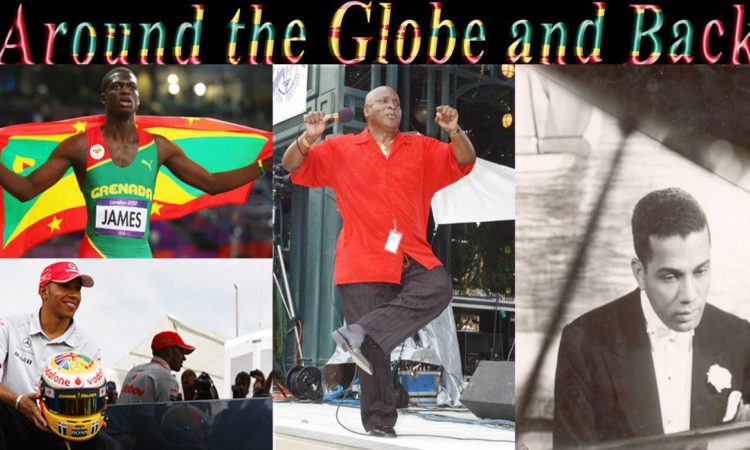 There’s no denying that St. John, Grenada is a remarkable place, and in more ways than one. Its inhabitants are tenacious to say the least. Tenacity is a good term to give description to a people wantonly deprived by and large by the so-called makers of history, i.e., those in control of resources and political power to make impactful decisions. In spite of those realities, geography has a way of weighing in on the argument as to who is ultimately denied a chance to demonstrate a greatness that transcends the bounds of a person’s milieu or society. I am impelled to lay attribute to geography foremost because it is unavoidable in the shaping of things, in how we come to interact with the physical environment and ourselves and others.

It’s fair to say that the French settlers on the isle of Grenada favored the central location of the northwest coast and its counterpoint, the northeast, in that of St. John and St. Andrew. Those were strategically solid headquarters’, given the hostile atmosphere of the colonial epoch, as well as the modes of transportation of the time. These areas were also rich in soil quality, much needed to sustain a robust plantation system. The point of this piece is not to focus on the colonial history of St. John or Grenada per se, but to show the early rendering of the role of geography and its later consequences. The objective, however, is to answer the question of why this small location in a very tiny nation is responsible for spawning talents the likes of a Slinger Francisco (the Might Sparrow), Calypso king of the world; Leslie Hutchinson, 20th Century cabaret icon; Kirani James, current 400m Olympic Champion; and Lewis Hamilton, whose grandfather and father gifted him with the zeal for speed, to presently reign as Grand Prix’s king. The feats accomplished by these men are exceedingly brilliant. It is how they have been able to win the adulation of so many world-over.

Their awe-inspiring abilities leads one to wonder what is in the soil of St. John, when these men backgrounds were/are modest, at best and fraught with challenges as a result. Hutch’s family supported his education as a youngster, as it was their hope that their son would become a medical doctor, to give subsequent generations a nose-lift in a colonial and class-oriented society (as it was) from the small merchant business owned by his father on The Lance. But they, as it pertains to his father in particular, imbued a love for music in the young man, as his dad was the assigned player of the local Anglican Church’s organ. Hutch got his first taste of a big audience, if you can call it that, when he sat-in for his dad during a service at the said church. He would go on to the United States and Europe to fine-tune his craft and mesmerize audiences with his voice and ability as a pianist, commanding the attention of some of the world’s wealthiest patrons, including several members and generations of the British Monarchy. Even having intimate relations with princesses. In ironic proportions, this man who was supposed to remain a “boy” from the far-flung reaches of the British Empire (the same one that inherited Grenada from its French rivals) could have almost had his seed in line for the throne itself. But Hutch appeared to be too slick for such sterile existence; he had the music world to reign over. Eventually, his persona faded into the relics of music history for more reasons than one, which worth exploring by the way.

Luckily, for his fans, the Slinger Francisco is still around, after suffering numerous bouts with ailments. The Birdie as he is affectionately known in the calypso/soca world, is world renowned for his masterful demonstration of fine art. He is a remarkable poet above all his other creative attributes, and a fine storyteller at that. His melodic lines could sooth the angriest of tyrants. It is often lamented that Grand Roy or Roi was only befitting for the origin of a Mighty Sparrow. This king came from a working-class family, as is the case with Lewis Hamilton, who also hailed from the same location to be most exact. As aforementioned, his love for speed was first shown to the St. John’s community by his granddad, who would drive on the dirt roads throughout the area with an ability unmatched by his peers, with a penchant for speed. Hamilton’s dad unmistakably spurred on his father’s legacy by nurturing in his young son the skill of driving at high speed. It goes without saying, race car-driving isn’t a poor man’s sport, given the level of resource and organization put into the business. But with talent like Hamilton’s recognizable from a tender age, he was destined to do great things on the track. Once again the character of tenacity surfacing to demonstrate the spirit of a people and the jagged yet fertile soil that gave life to them.

The new king James as he is lauded by fans, Kirani, one could say had destiny written into his very given name. He is named after his dad, Dorrani Marshall. Sorry for the let down, as it is not in a dynastic sense, as in King James II. In fact, the residents of his hometown, Gouyave, St. John’s capital, prefer the name De Jaguar, for it best depicts his athleticism — his athletic prowess, a mysticism that is puzzling to many. It’s difficult for many to fathom how a stringy kid from Gunbattle of all places, an unruly section of Gouyave, could be so dominant at the quarter-mile event. Besides, he runs with a rather strange pair of legs, unlike that of any serious sprinter in the history of track and field, what is referred to in local parlance as K-foot (knocked Knees), a genetic marker passed on from his paternal grandmother, Faith “Faithie” Marshall. Her K-legs, should you know, were much more pronounced than those of her Olympian grandson. It’s interesting that she too hailed from the Great King (Grand Roi), as the French named it. Interestingly enough, there is another element in the mix that is hidden from plain view that is playing a key role in Kirani’s dominance on the track, outside of the nurturing, great food, and solid support from his community (being very communal in nature, attributes from its agricultural and fishing heritage), that is his lung capacity. How do I know so? It happens that the author shares in the genetic pool that produced his given biology and physiology (his paternal side).

I have utilized the same gift, though not as a sprinter, as is also the case with my dad, Kirani’s paternal uncle. As a boy growing up in Gouyave, I would demonstrate such ability by keeping my breath the longest, even against much older guys; reaching the sea floor in deep waters others could not or had greater difficulty in doing. By contrast, my dad’s exploits are widely known to the community, for there is no adult or person who could seriously challenge his knack for staying underwater. You see, as I earlier alluded, Kirani’s upbringing was not advantageous in a material sense. He didn’t even enjoy the strivings of the same paternal grandfather (a successful businessman on modest scale) from whom he most likely inherited the gene that added to his arsenal as a sprinter. Nonetheless, the marker of both biological trait and geography did not elude him in his mission to define himself and to create a world better than the one he inherited. His feats as a sprinter are already translating into concrete benefits for his immediate family and to this country. For one, he has surely contributed to the development of our pride as a tiny nation, that has gotten nothing back from its colonial masters to compensate for its laborious duties. It would be wise, in my judgment, to seek to institutionalize some of that dynamism from his talent both on and off the field of sports, as well as that of the other stalwarts highlighted in this piece. Let’s keep their legacies fiercely vibrant!