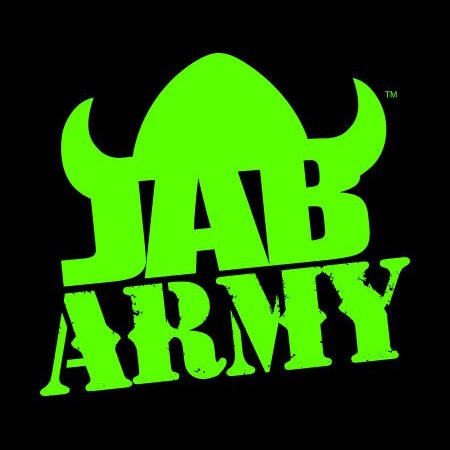 ONE TO WATCH: Oriendel Charles – Entrepreneur, Founder JAB IN YUH MUDDAFRONT & JAB ARMY CLOTHING There is nothing as authentically Grenadian or that Grenadians are known for as our portrayal of JAB, an integral part of our Jouvert celebrations for Spicemas. Today, young Grenadian Oriendel Charles better known as Tommy G has crafted a fashion label designed to take this portrayal of JAB from the streets of S. George’s to main street international market.

The fashion label which was founded in 2013 and is based in Toronto, uses symbolic imagery, language and text to capture the essence of Grenada’s JAB. The label carries a selection of men’s, ladies and children t-shirts, hoodies, tracksuits, toques, caps, mugs, sunglasses all bearing the JAB chant ‘JAB IN YUH MUDDA FRONT’ or ‘JAB ARMY’ surrounded by the iconic ‘JAB helmet’ or ‘Cow horn’ and chains.

In 2015, these items racked up sales of over 20, 000 pieces the highlight of which was gracing the streets of Montreal for the first ever ‘Jouvert band’ for Carifesta celebrations in June and CariVaughn in August. Since then the brand has made an appearance in all major soca fetes in Toronto, Miami carnival, New York LabourDay, Nothing Hill Carnival London and of course Spicemas, Grenada.

The brand has also garnered the support of local and international Grenadian artistes such as Lavaman, Tallpree, Shortpree and Wuss Ways ambassadors Little Natty & Thunda. Thanks to

Tommy G, Grenada’s JAB is no longer relegated only to once a year for Spicemas but can be found 365 days a year in cities around the globe.

Founder Tommy G also believes in giving back, his company has become a leading sponsor within the Grenadian community in Toronto providing support for projects like the Spice Youth Toronto Walk for Health in support of Grenada’s hospitals and the promotion of Grenada at the annual celebration of Grenada Day in Toronto.

When asked what’s next for the brand for 2016 and beyond – Tommy G just laughs ‘Just keep checking our fan pages he says, we have lots more in store.”