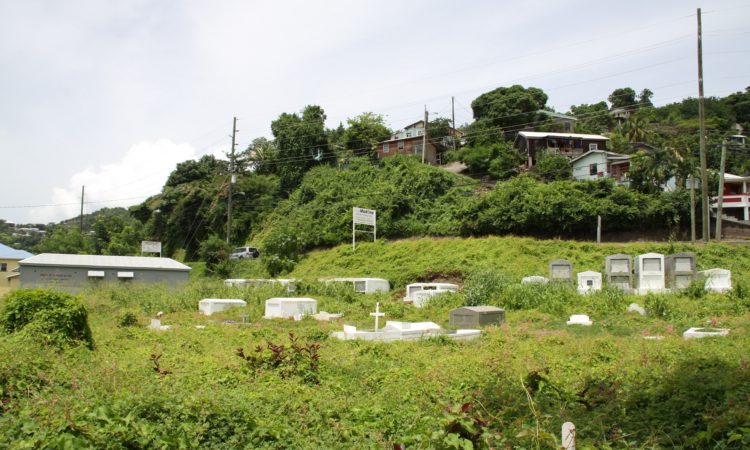 My dad passed away a few months ago, so I went back Grenada to bury him. While there, many persons constantly bombarded me with inquiries about the funeral since they claimed that they were not seeing anything on the death news. In addition, while making the funeral arrangements, I remember missing a family member’s name on the death announcement and my mom was like, “how can you forget her name?” To me, my error wasn’t such a big deal, but to satisfy my mother, I had to pay an additional fee to add my relative’s name. Consequently, as I reflect on my recent experience, I realize that the fascination we have with the death news is baffling.

The death news is one of the shows often broadcasted on any of the local networks, GBN or MTV that has a guaranteed audience. To me, some people look at the show with an uncomfortable amount of intrigue to find out who died, when the funeral will be held, and to hear the names of the family and friends of the deceased that are called. Admittedly, I have realized that the older people seem to be the most fascinated by the information that is disseminated by the dreaded news. However, to avoid sounding hypocrite, I am not in a position to question others’ interest in the death news because sometimes when I look at it, I am captivated as well. I find myself glued to the TV and making statements like, “OMG, she died; I know she good good” or “a a I din know Joseph was related to Mr. Sylvester”. Strange enough, I sometimes even I find myself on the Go Gouyave website to check out death news.

Additionally, on one occasion, I remember being asked if I saw my dad on the death news. I said I didn’t, and I don’t have to since I was the one who provided the information to the relevant authorities. However, my mom insisted that I looked it which I did. For some inexplicable reason, from that time onward, every time the death announcement was made, I always tried to catch my dad’s section. I don’t know; maybe I was just eager to hear my name; after all, our names are the sweetest sounds to our ears right? However, whatever the reason, I believe that in the Jab Jab nation we love our death news and no one can take that from us.

Recently, I asked a friend what he thought about the situation I just described. However, he believes that the reaction that most Grenadians have is not only for the death news but news in general, and after a little thought, for the most part, I agree. We Grenadians simply like to know what’s going on with everything and the news is one of the ways to get the information. For instance, when I was out with my friends or family and we encountered an incident of some sort, we would stay there, look at everything that happened, and if the occurrence was newsworthy, run home before 7pm with the hope that would catch a glimpse of the same incident on GBN news.

Make no mistake, we do not like death; it is always a sad moment when someone dies. However, in times of loss, you can always be sure to have the support of family, friends, neighbours, and even strangers. Grenada is a small, very united, and one of the most peaceful islands in the Caribbean. Undoubtedly, like any other country, we have our problems, but we are one. Travel to any country, put two Grenadians that do not know each other in a room filled with people, and they will find a way to gravitate towards each other. Also, don’t be surprised if one of the topics of discussion is the death announcement though. So yeah, maybe we have an uncomfortable relationship with the death news but one thing remains certain, I am and always will be proud to be a Grenadian.